Learn the history of Kythira

The island of Kythira (Kythera, Kithira or Cythera), known also by its older Venetian name Tsirigo or Cerigo, is reputed in Greek mythology to be the birthplace of Aphrodite, the goddess of love. The name Kythira can be traced far back in history. Homer mentions the island in his epic work “The Iliad”, where the goddess of love Aphrodite takes on the name Kythereia (Akytheros being the person devoid of charm or attraction). However, the name Kythira appears in the works of several other important writers of ancient times; Herodotus, Dionysis, Xenofon (who uses the term Kytherian land in his work “Hellenica”), and even Aristotles - who remarks that the island was also known as Porphyrousa, after the purple dye produced from the marine rock snail Murex.

An alternative theory was supported by the geographer Isidoros (1st century A.D.), who believed that the island was named after the deity Kythereia (Aphrodite) and not the other way around. He was the first to illustrate the meaning of the verb “kefto” (to hide one's love) and it's relationship to both the goddess and the island. The verb “kefto” translates as “to hide one's love”; according to Isidores' rationale, those who make love on the island (Kythira) discover the hidden passion of love. The name “Kythira”, which in Greek is used in the plural form, could have be extended to include the population of neighbouring Antikytherians.

What, however, is the connection between the two names, Kythira and Tsirigo? Several studies suggest a relationship between the two: either both names were synonymous or one developed from the other.

Interestingly enough, a region exists on Cyprus (Aphrodite's other island) called Kythraia or Kythra, where several statues of the goddess Aphrodite have been found. The larger area goes by the name of Tzirka. 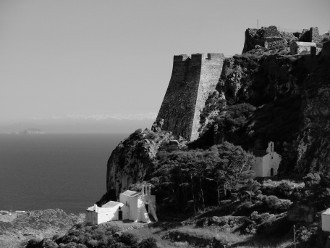 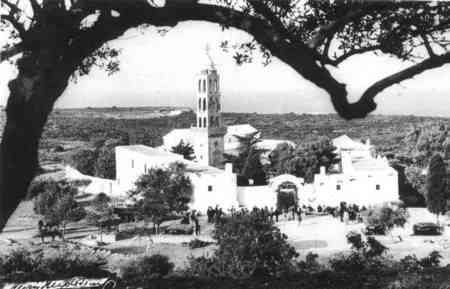 Aphrodites' mythological birth from the waves has been interpreted by palaeontologists as an allegorical attempt by the ancients to explain the emergence of island itself from the sea. This theory is supported by a large number of palaeontological findings of marine fossils across extensive areas on Kythira, Mitata and Viaradika.

Kythira is characterised by a temperate Mediterranean climate. Mean annual temperatures lie around 20°C with an average annual rainfall of 600 mm (approx. 60 days of rainfall) with an average cloud coverage of four (scale 1-10). Average measured wind strength lies around 3-4 beauforts, with prevaling northeastern and westerly winds. During springtime, the southwestern wind “Proventsa” commonly brings low clouds and fog and requires special attention by fishermen and mariners. Snow is rare, with temperatures seldomly dropping below -4°C. 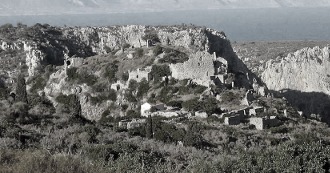 In 2001, the population of Kythira counted a total of 3,354 inhabitants. The most people live in the island's capital Chora with 579 inhabitants, followed by the central villages Livadi with 370 and Potamos with 400 residents. The remaining islanders are spread over 60 smaller villages across the island. Administratively, Kythira and its smaller neighbouring island of Antikythera constitute their own municipality under the Province of Kythera, which falls under the Prefecture of Piraeus. Historically, Kythera and Antikythira belong to the Ionian islands. 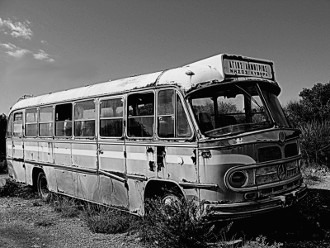 Kythira became part of Greece with the cession of the Ionian Islands (to which Kythira then belonged) to the new King George I of Greece.

On Kythira there is also a Justice of the Peace and a Magistrates' court. Previously a deputy police department resided in the island's capital, with one station in Potamos and one on Antikythira. The Port Authorities of Gytheio excercised port control on Kythira and Antikythira until 1986, with stations in Agia Pelagia and Kapsali. As of 1987 both came under the Port Authority of Neapolis Vion, while the Gytheio Port Authority became a subdivision.

There are two Customs Inspection stations, one in Agia Pelagia and one in Kapsali, which both fall under Gytheio Customs Service.

By the end of 1928 there were 22 schools operating on Kythira (and one on Antikythira): 15 boy's schools and 8 girl's schools. In 1929 they were merged into 15 mixed-gender institutions, with approx. 1500 students enrolled. The first proper mixed-gender high school was founded in 1921 in the island's capital of Chora, with approx. 150 enrolled pupils. In 1964, under the government of George Papandreou, the school system was divided into 3-year middle school (Gymnasio) and three-year high school (Lykeio). Under the military junta in 1967, the high school (Lykeio) was abolished and the 6-year Gymnasio introduced, by which time the island's population had already started to shrink due to urbanization.

The island's population is made up mostly of farmers and employers – however, the increase in tourism and the arrival of semi-permanent settlers has shifted the focus of income to tourism enterprises and rental accomodation. The island's main agricultural products are olive oil and honey. A positive factor in the growth of the tourism sector is the fact that residential development is proceeding at a controlled rate that does not seem to affect local rates. Ecumenically, Kythira constitutes its own metropolitan bishopric, which is seated in Chora.

We use cookies to ensure that we give you the best experience on our website. If you continue to use this site we will assume that you are happy with it.OkPrivacy policy